“My work speaks for itself. It doesn’t need me.”

Mohamed Abouelouakar studied cinema at the Moscow Film Institute, graduating with a degree  in film directing. He also discovered fine art photography and painting, and began to exhibit his work in the 1980s. The artist’s pictorial compositions are largely influenced by his cinematographic experience, and reveal a mix of cosmopolitan influences such as Arab-Persian miniatures, Moroccan popular culture, and Byzantine icons as well as written narratives of religious and spiritual inspiration. In his Homage to Fellini, created in 2009, Abouelouakar stages a tangled world symbolised by an infernal spiral—in the centre of the composition—that seems to pull the characters and objects to the lower foreground of the painting, thus symbolising their fall. The artist fills the surface of the canvas with different elements of his artistic repertoire: ladders are a symbol of spiritual elevation, scaffolding represents the modern world, while cards and chessboards evoke his fascination for the world of games. Like a speech scroll in the representation of some biblical scene, the words “Dolce Vita” are inscribed across the centre of the canvas, in reference to Fellini’s famous film and a tribute to the Italian director. The artist devises a language that is rich with symbolic references, meant to engage the viewer’s visual acuity and to inspire reflection upon the condition of humankind, prey to the struggle of inner spirituality and morality. Abouelouakar’s work delivers a veritable reinterpretation of art history and religious literature, offering an opportunity the viewer to identify references to great masters of painting, such as Pieter Bruegel the Elder or Marc Chagall. 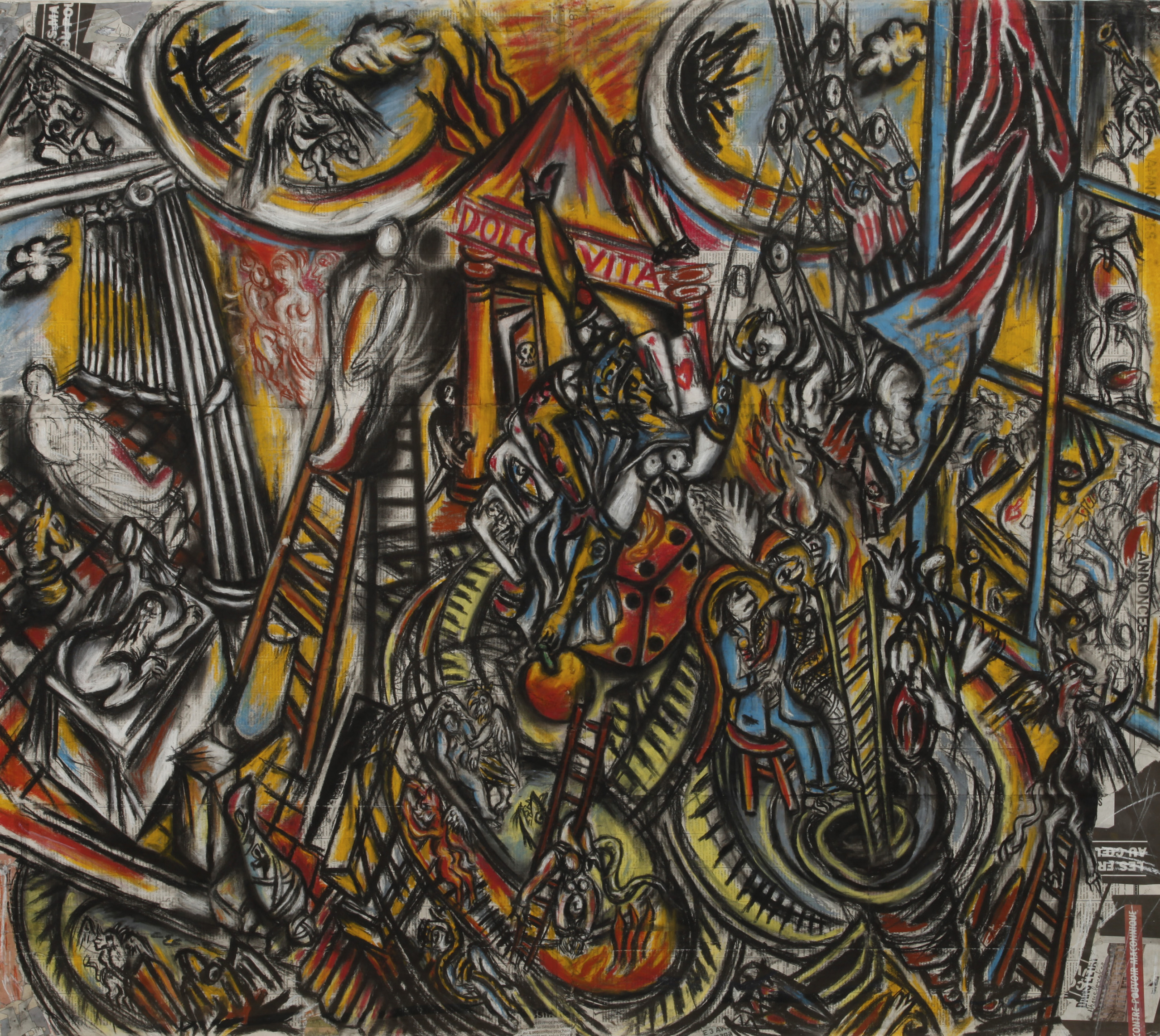