Born in 1985 in Accra (Ghana)
Lives and works in Accra

“We use our bodies to address an issue or a subject. My body is part of the mystery that surrounds my work.”

One of the most iconic Ghanaian contemporary artists, Serge Attukwei Clottey earned renown by working to create a new concept he calls “Afrogallonism”. His artistic approach involves collecting ordinary objects, assembling them to create major installations and performances that offer a story—or  an opinion—on a particular issue related to the situation in his country. For his work Love and Connections (2016), the artist cuts drilled, and arranged fragments of plastic jerrycans to build a sculptural installation that questions ideas of visual (or plastic) art and forms of abstraction, as well as social ties and family issues. In this work, the artist subtly explores the traces of his late mother’s memory, as he was unable to keep her personal belongings, in respect for Ghanaian funeral practices. Inasmuch, his approach assumes a perspective that is not only psychological but also political, reflecting the environmental commitment he shares with other African artists such as El Anatsui.  Indeed, his intention is to help reduce plastic pollution through the use of this material in artistic production, and elevating its status as a medium of choice. Through his work, Serge Attukwei Clottey carries on an open dialogue with his own country’s history, and invites everyone to take part in this battle. As he extends the life cycle of his found objects, the artist transforms them into real cultural archives. 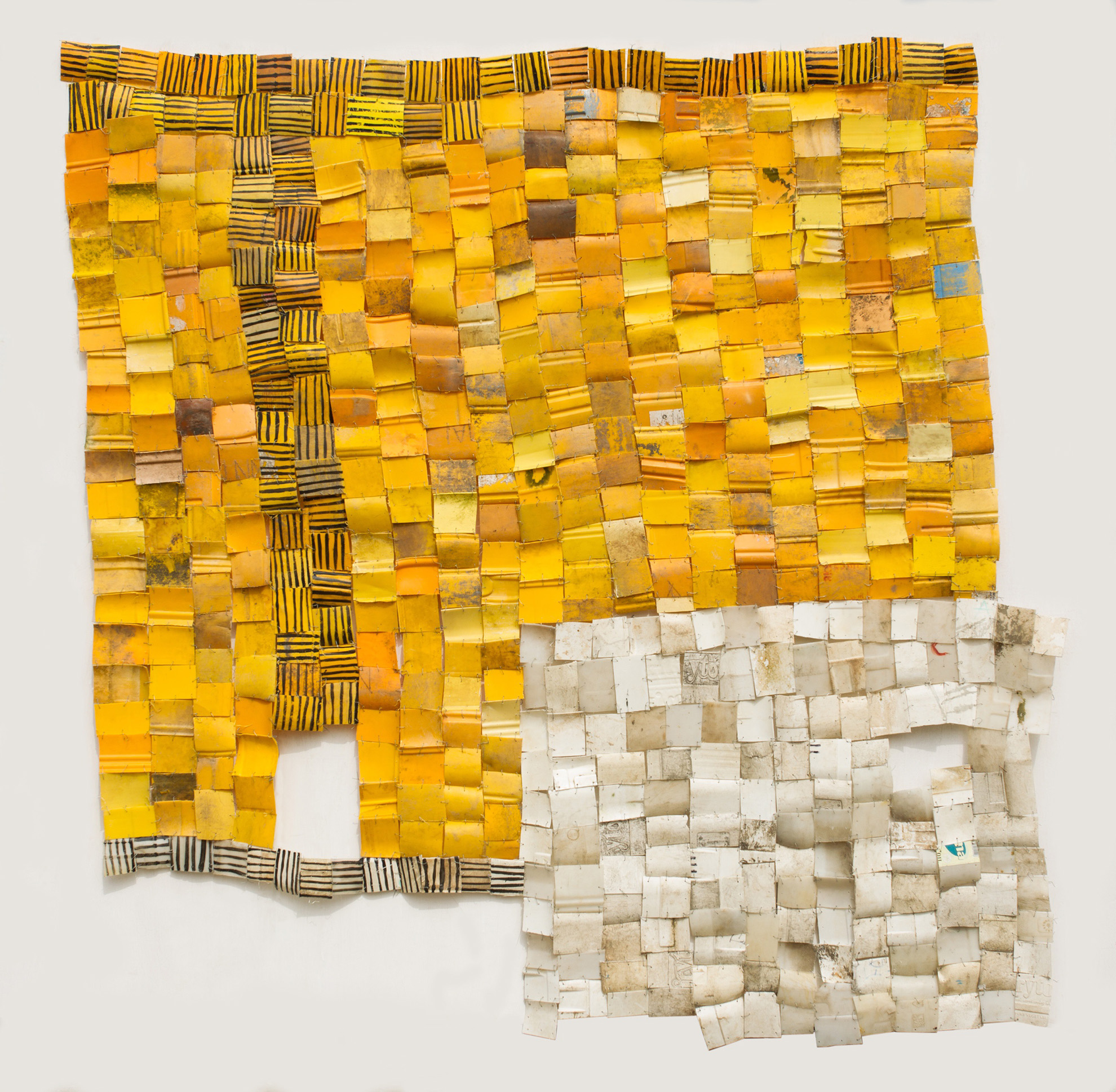