“It is possible to grow up on the street and become someone.”

Abdoulaye Diarrassouba, known as Aboudia, graduated from the Centre Technique des Arts Appliqués in Bingerville, which he entered at the age of 15, after being forced to leave his home. The artist has developed an iconographic language that draws from both Ivorian Nouchi pop culture and American street art, whose greatest influence remains that of Jean-Michel Basquiat.

Aboudia’s work is characterized by dense pictorial compositions composed of heavy layers marked by a spontaneous and frenetic painting style. The 2013 artwork Untitled features a group of children in different attitudes and positions occupying the entire canvas, leaving almost no void. The saturation of the space—reinforced by the use of mixed plastic techniques such as painting, collage, and various inscriptions—releases a suffocating oppression that feels tinged with anxiety. The energy and speed of line combines with a simplicity of drawing style to recall children’s paintings, or the schematism of Outsider Art. The children’s forms are rough-sketched in neon silhouettes that stand out against the dark background, suggesting a contradiction between the characters’ state of mind and the context in which they evolve. In this painting, and throughout his work in general, Aboudia creates ambiguity for the viewer, torn between disturbance and excitement. His cosmopolitan inspirations are clearly reflected in his work, through which he bridges the gap between contemporary Western aesthetics and the questions of a changing African society. 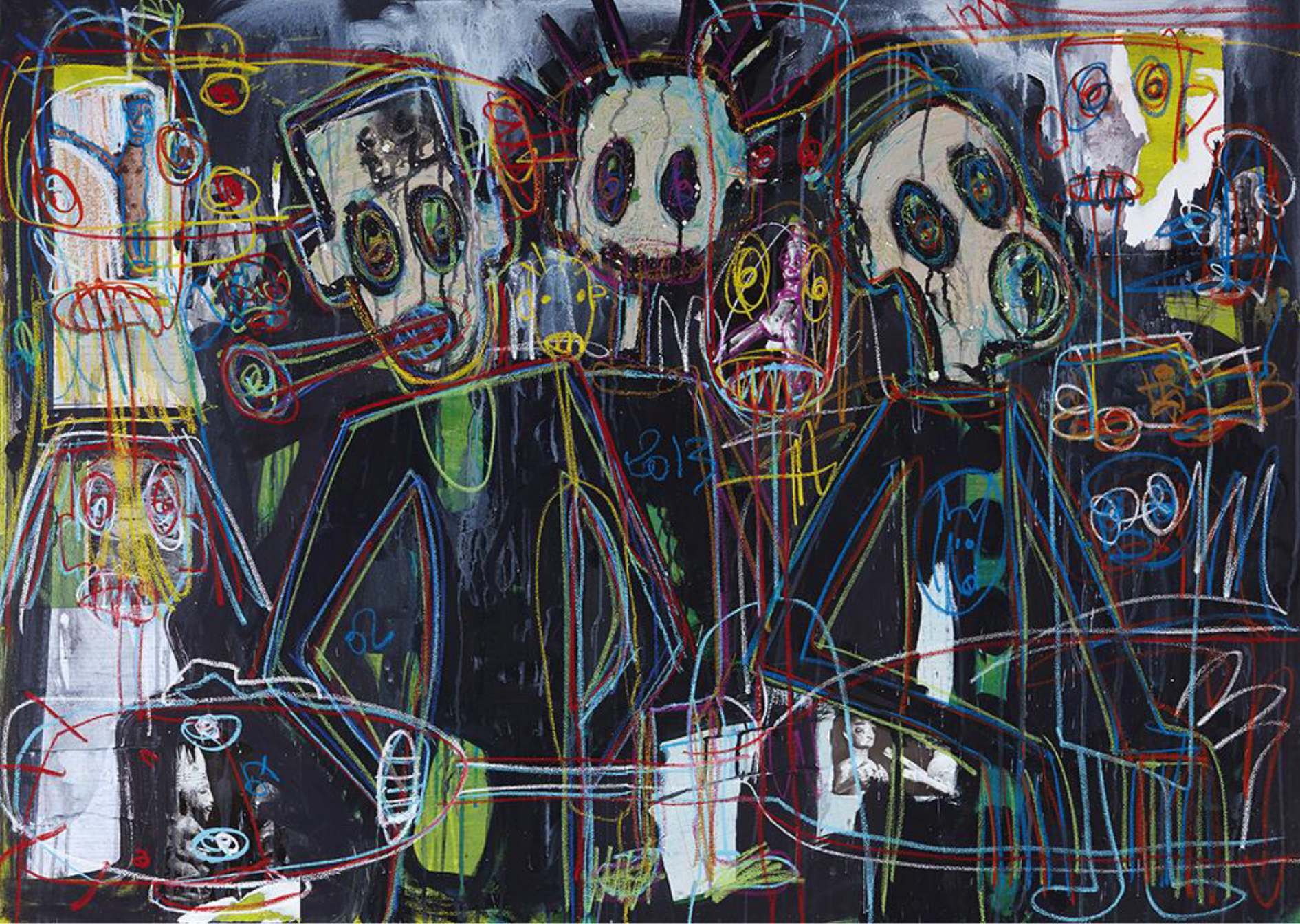