“The work arises from various manipulations that lead me to the final result (…) I know the elements that compose it, but in the instant I set them up I discover something else. And that is when the work makes sense.”

Joël Andrianomearisoa took classes at the Fashion Academy and Visual Art Institute in Madagascar before leaving for Paris, where he graduated from the l’École Spéciale d’Architecture in 2003. Since his first solo exhibition in 2004, Joël Andrianomearisoa’s work has been shown in major exhibitions and international biennials. Andrianomearisoa expresses himself through various media: sculpture, installation, performance, photography, video, costume and scenography.  He primarily uses black, a colour he claims “tends towards the universal”, as well as white, a symbol of purity and aspiration. The titles of his creations also lend meaning to them; he evokes stories or emotions that are often melancholic and poetic. He frequently uses textiles, and in the works Brazalianfantasy and Untitled, created respectively in 2014 and 2015, this medium seems to evoke a state of nature, or origin. The wool yarn suggests a head of hair, or simply an assembly of Brazilian friendship bracelets that are synonymous with multiculturalism and diversity. In the words of the artist: “the fabric’s malleability (…) gives you the freedom to make any combination through knotting, weaving, cutting and assembly. It conveys a language which can go a very long way.” 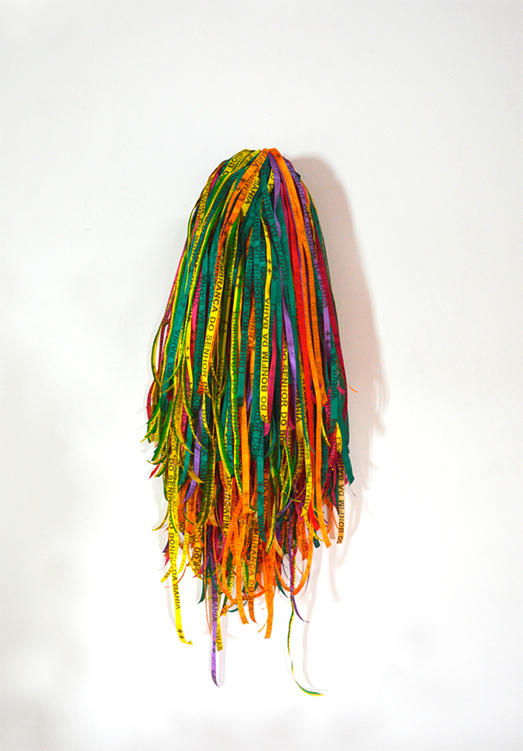