“I think art should be committed and subversive. It has to express and address the problems facing our societies.”

Leila Alaoui grew up in Morocco from the age of 6, then studied socio-anthropology, photography, and cinema at The City University of New York. She used documentary and artistic photography as well as video to explore the contemporary reality of identity construction, cultural diversities, racism, and migration in the Mediterranean area, and of post-colonial immigration in France. “The Moroccans” series–created between 2010 and 2014–maps the different ethnic groups living in Morocco through a series of life-size portraits. The subjects are photographed dressed in their traditional Moroccan costumes, posed in hieratic position against a black background. Drawing inspiration from the work of photographer Richard Avedon, Alaoui’s series thus enters the strictest canon of portraiture: she seeks to capture the essence of her subjects, unstaged and unembellished.  The young photographer was also determined to build a detailed visual archive of Moroccan cultural aestheticism, to preserve these traditions before they disappear. In her work, she assumes the dual role of ethnologist and visual artist. Taking great care to avoid the pitfall of geographical particularism, she affirmed that the intention of this work is a statement against the critical concept of Orientalism, as defined by Edward Said. 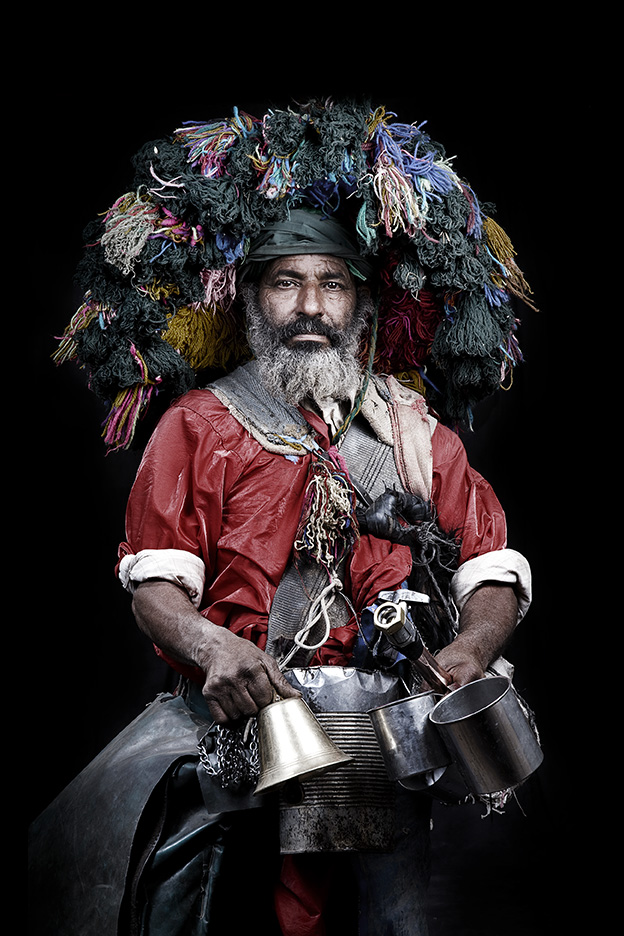