“My immediate purpose is to seek the simplification of form and colour.”

Mohamed Ataallah, also known as Romain Atala, is a French-Moroccan painter whose work bears witness to an intercultural background. He was one of the original students of the École des Beaux-Arts in Tetouan, although his style seems to be closer to the Casablanca school. Mohamed Ataallah’s uncluttered pictorial vocabulary is totally oriented towards form and geometry. The work Jute 5 attests to his creative universe, strongly influenced by Western modernism and in particular by the constructivist and conceptual art movements.  In this composition, glycero strokes occupy the centre of a burlap canvas, creating a deep black field interspersed with two orthogonal, coloured bands. The association of shapes forms a grid whose chromatic density exists in intentional opposition to the areas of the canvas left bare, thus highlighting the contrast. This work reflects the specific language of the artist, building geometric modular units that, when assembled, produce a vibrant harmony. Through the ensemble of his works, Mohamed Ataallah imagines a new abstraction, in which he reclaims the graphism and the spatialization of his own cultural references and identifiers. 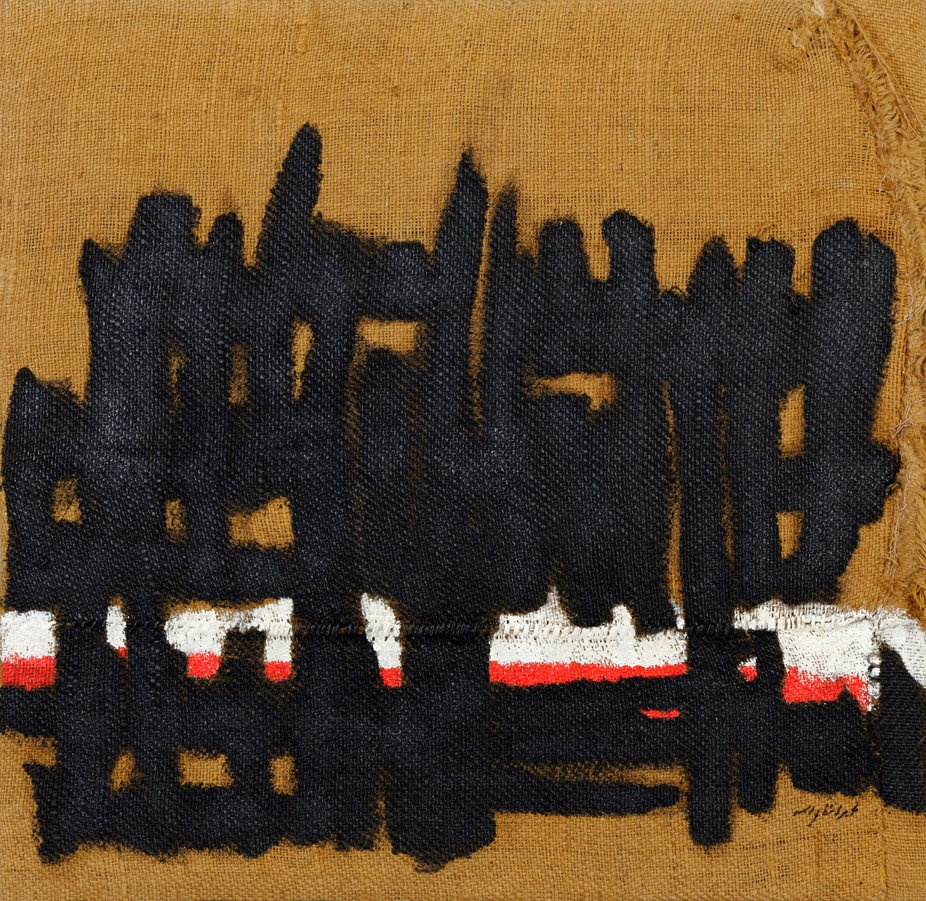