“Architectural photography makes it possible to fix a moment in the life progression of an architecture using the media of photography.”

Zineb Andress Arraki studied architecture in Marseille then within the École Spéciale d’Architecture de Paris where she met her mentor, Professor Lionel Lemire, who she claims introduced her “to the observation of flaws on the world’s skin”. This encounter would mark the starting point of a way of looking at the world, with profound impact on the artist’s work. In her Casablanca-CH20 series, Zineb Andress Arraki presents a series of photographs in different formats that constitute her manifesto against the urban follies of Casablanca. Using this semi-anthropological approach, she seeks to archive a forgotten past in order to rekindle its memory. She captures the vestiges of Arab-Andalusian zellij mosaic wall fountains, thus suggesting a contemplation of these ruins as a memory of time. The ensemble of images from the series reveal a city whose architecture has been neglected and abandoned, subject to urban chaos. This strikingly realistic series raises awareness about the condition of the city and creates mixed feelings in the viewer’s mind. Zineb Andress Arraki’s work affects the viewer as it sounds alarm bells, raising questions that are too rarely considered. 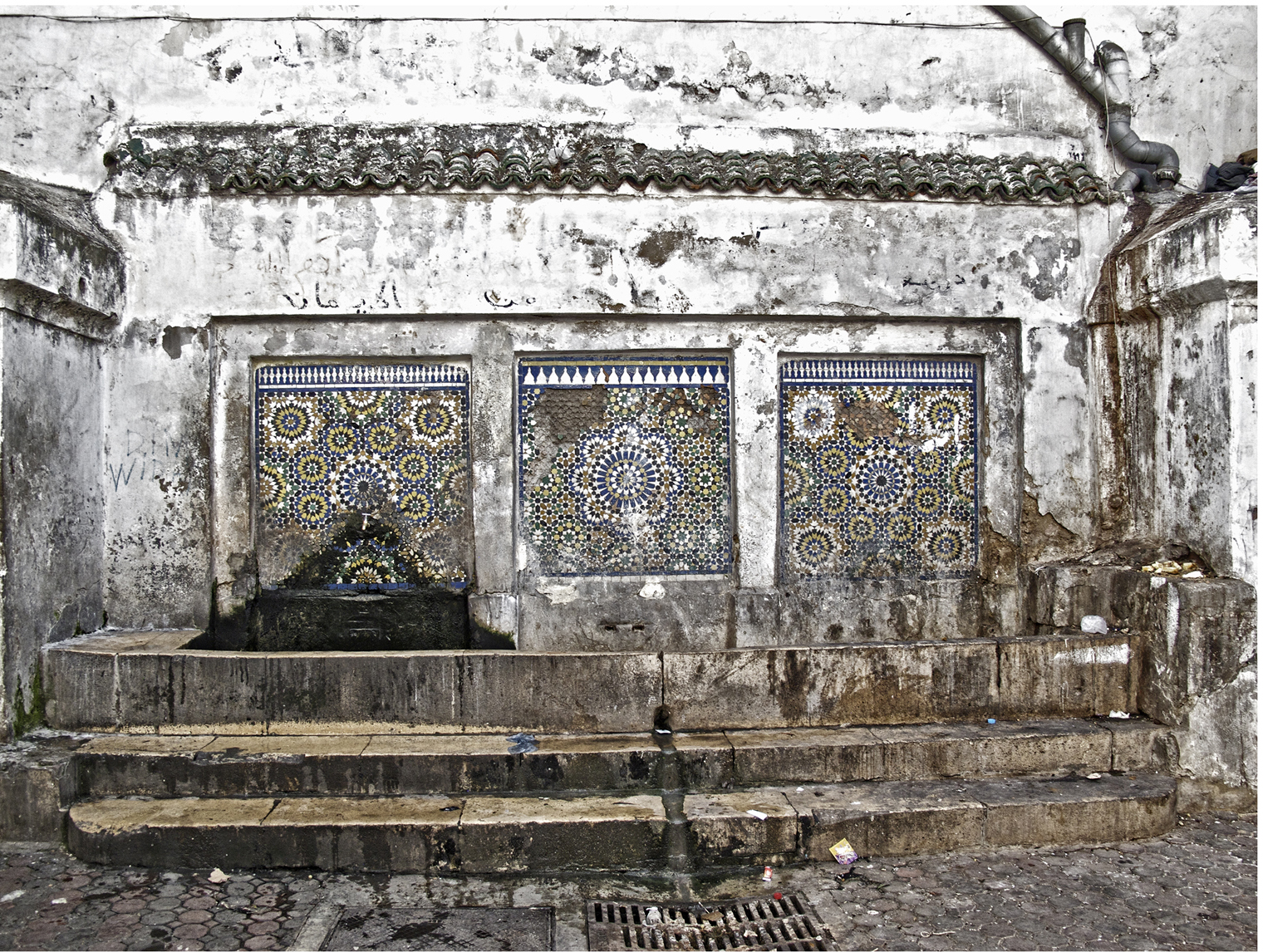 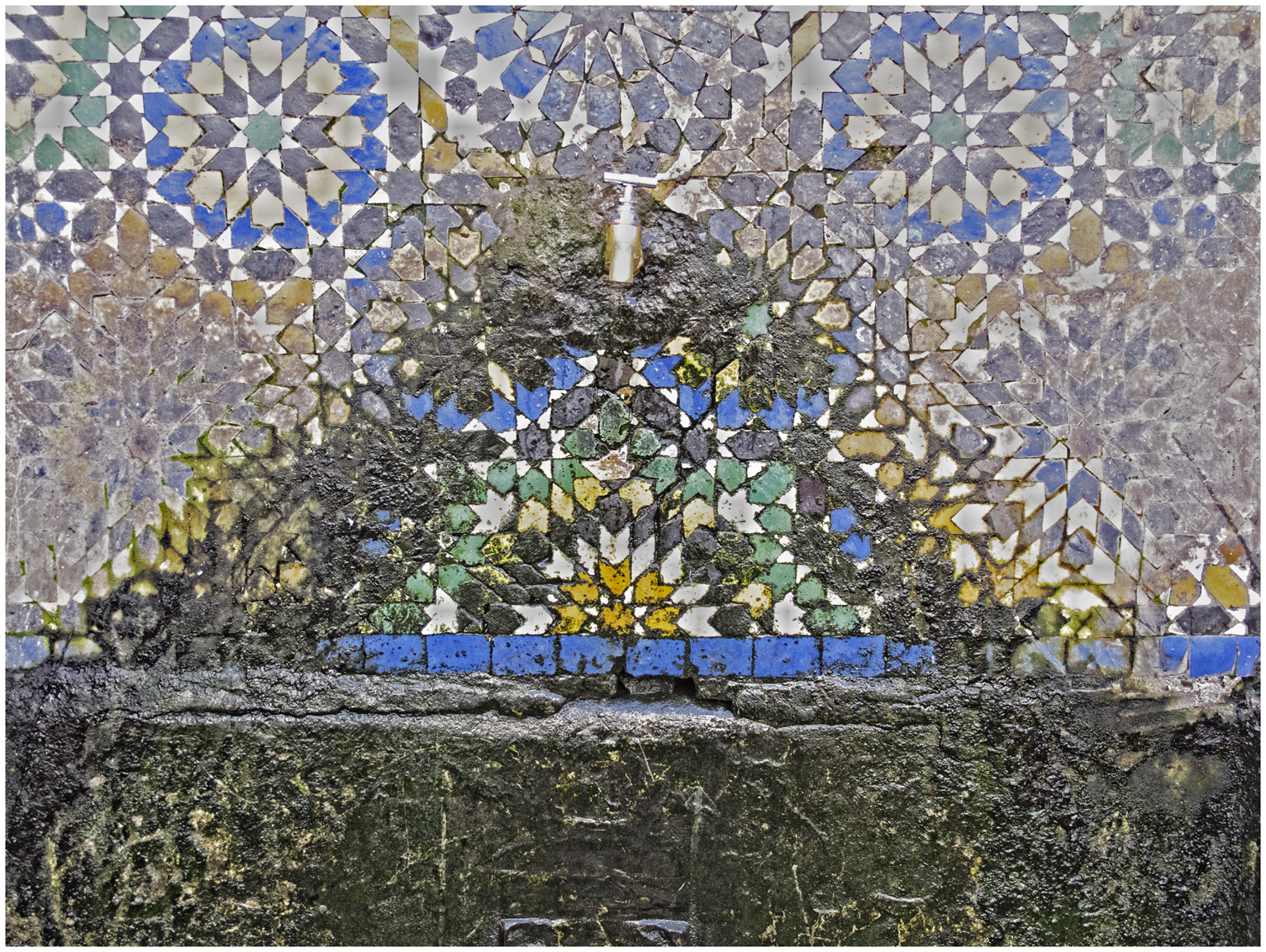 “It (love) is the only thing that can stop a man from falling…” P. Auster, Casablanca-CH2O series, 2013
Digital print on Harman Cotton Smooth paper
55 x 70cm