Éloge de l’ombre (In Praise of the Shadow) is a monographic exhibition in homage to the artist Hassani, open to the public until 17 July 2022. Dedicated to one of the most important Moroccan painters of his generation, this exhibition retraces almost 50 years of artistic career, from the 1970s to his most contemporary works.

Based primarily on the Fondation Alliances’ collection, the exhibition crosses different periods of his work and presents the most emblematic series of his career, such as Échiquier and Corps Singulier. Some works lent by the artist complete this selection. 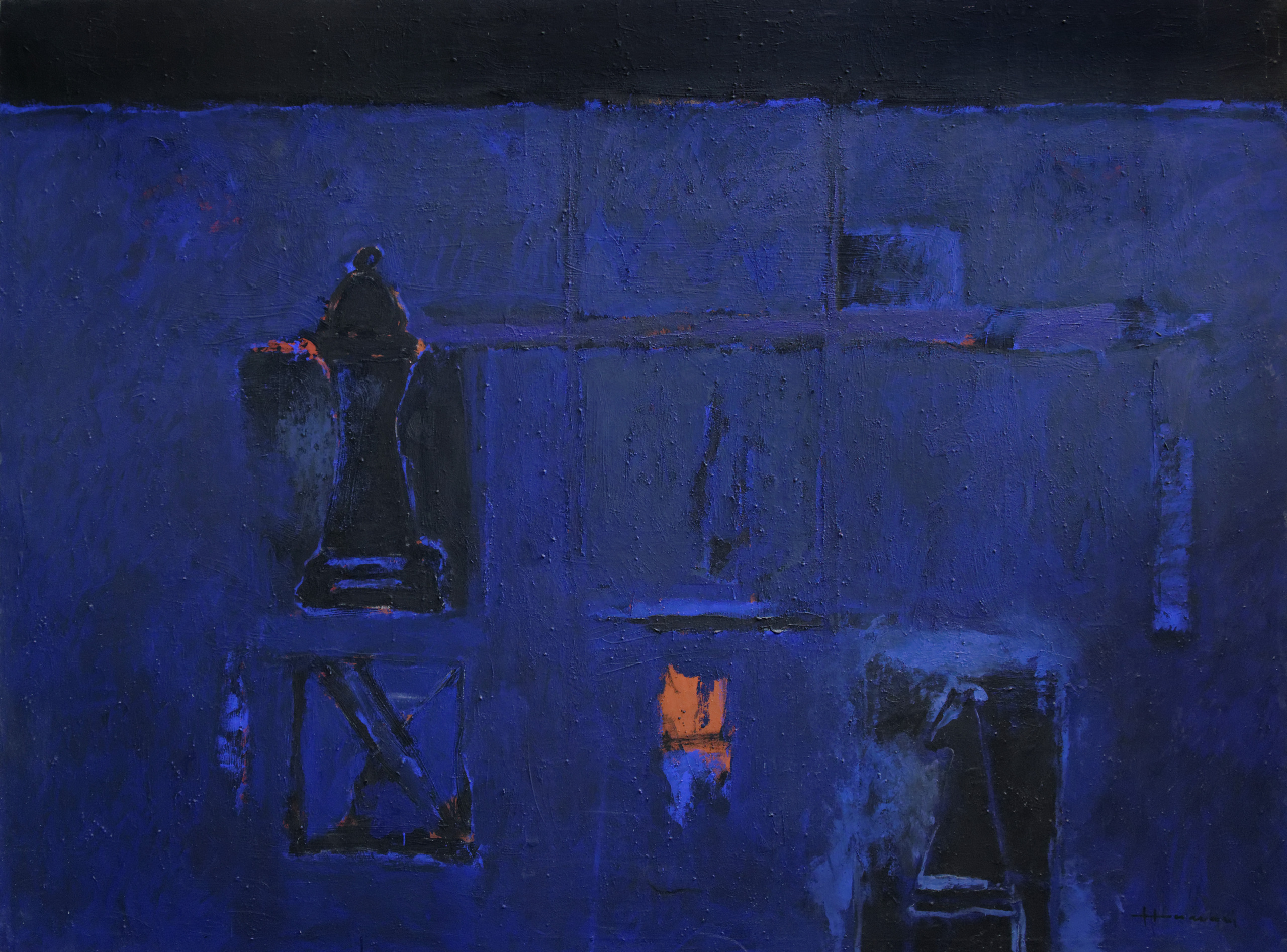 Between figuration and abstraction, Hassani has experimented with many styles. His plastic vocabulary is focused the body and signs, but the artist is less concerned with pure representation than with work on form, colour and the search for movement. A direct reference to the eponymous essay on aesthetics by the Japanese writer Jun’ichirō Tanizaki, the title of the exhibition underlines the importance for him of shadow and colour.

Bringing together more than thirty works in a variety of mediums and formats, Éloge de l’ombre is a plunge into the powerful work of this historic artist of modernity.

This monographic exhibition, curated and designed by his wife and artistic manager, Mouna Annasse Hassani, is on display at the Fondation Alliances’ Cultural Space, a place entirely dedicated to African creation located in the heart of Casablanca.

Hassani is a Moroccan painter born in 1948 in Rabat. His vocation as a painter became apparent at a very early age, when he had his first solo exhibition at the age of sixteen. He frequented galleries, discovered the School of Paris, art brut, abstract expressionists, and became fascinated by Matisse and Paul Klee and by the Moroccan painters Jilali Gharbaoui and Ahmed Cherkaoui. His studio in Rabat became a meeting place for painters, poets and intellectuals from the capital. He moved to Casablanca in 1972. In 1978, he participated in the first edition of the international festival of Asilah with a mural.
From 1990 onwards, his work moved away from abstract expressionism and returned to a more figurative form. He experimented with sculpture and natural pigments, and worked on the ephemeral on the sand of a beach in Oualidia. He is then recognized as one of the important actors of the Moroccan artistic scene. Between 1992 and 1994, he created and directed the Al Manar gallery in Casablanca with his wife Mouna. In 1997, he stayed at the Cité internationale des arts in Paris and began his research on the theme of the chessboard. He created a monumental work, a 210 m² sail for the Universal Exhibition in Lisbon in 1998. Hassani’s work has been the subject of numerous exhibitions in Morocco and abroad and has been included in prestigious public and private Moroccan collections.