In March 2020, MACAAL hosted Maïmouna Guerresi, its fifth artist in residence. On this occasion, Maïmouna developed a project around the concept of spiritual union inspired by the tradition of the Seven Saints of Marrakech, Sabâatou Rijal.

”The project entitled Sabâatou Rijal that I’ve been working on during my residency at MACAAL, which I hope to conclude upon my return to my studio in Italy, comes from the idea of ​​symbolically representing the celebration of the sense of community, which in these days of uncertainty and fragility of the establishment at the global level, gives us much on which to reflect.

I see this research of mine as an interpretative process that evolves around the concept of spiritual union, of interior research together with the symbolism of the tree often encountered in Latin-Greek and African mythologies. Therefore, as a point of departure I took inspiration from the tradition of the Seven Saints who represent the symbol of spiritual unity of the city of Marrakech, which for centuries has attracted thousands of people from different horizons.

The compositional strategies of my works are inspired by the architecture of Marrakesh, and I designed costumes with ochre and blue colored fabrics typical of the city. The idea is to create a photographic installation consisting of seven characters. Almost every one of them is photographed from behind, to underline a strong sense of spiritual introspection, with each character holding up a different plant, symbol of the botanical world which, due to shape and substance, offer to our personal understanding numerous lessons both on the human being and on the universe.”

Maïmouna Guerresi is an Italian-Senegalese multimedia artist working in photography, sculpture, video and installation. Born in Italy, she converted to Sufi Islam after living in Senegal. She presents intimate perspectives on people’s spiritual ideas in relation to their inner mystical dimensions. Guerresi’s images are delicate narratives with fluid sequencing, an appreciation of shared humanity beyond borders – psychological, cultural, and political. Recurrent metaphors such as milk, light, the veil, and trees create awareness of the vital unifying qualities of Islamic spirituality. Maïmouna’s hybrid work embraces both her spirituality and her mixed African, Asian and European heritage. Viewed through this lens, her figures and scenes take on a new light, a universal truth about community and the soul. The person here becomes a sacred dwelling, a meeting-place for humanity to re-discover its shared mystic body.

Her work has been extensively exhibited in solo and group shows across Europe, Africa, the United States, Asia, and the Middle East. Maïmouna Guerresi was invited to participate in the Italian pavilion at the Venice Biennale in 1982-1986-2011 as well as Documenta K18 (1987) in Kassel, Germany. 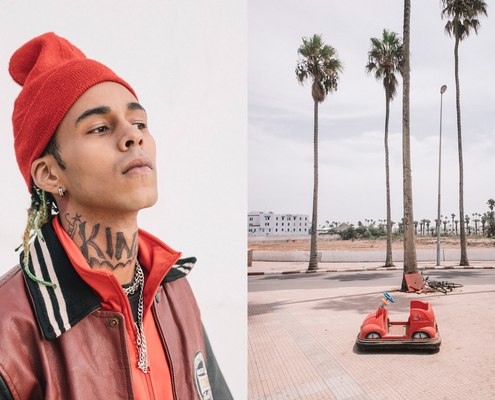 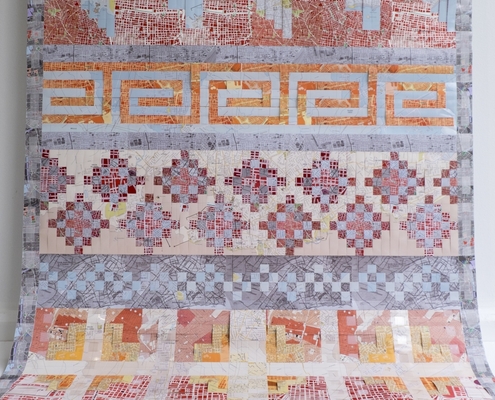