In the context of our MACAAL Friends At Home series, we were pleased to invite artists Daniel Otero Torres and Gaëlle Choisne and Marie-Ann Yemsi, curator of MACAAL’s exhibition HAVE YOU SEEN A HORIZON LATELY? to our third Zoom webinar, moderated by Olivier Rachet, journalist and independent writer.

The installations of Gaëlle Choisne spread out like archipelagos, evoking flow and displacement. As she explains, “I think of forms, my sculptures, my videos as animistic organisations and organs.” Mythologies, colonial history, cinema, Haïti, voodoo and science fiction flow through a body of work that explores resource exploitation and the vestiges of colonialism. Fascinated by the poetics of relation espoused by Creolization theorist Édouard Glissant, the artist has developed a do-it-yourself aesthetic that implies the perpetual mutation of a work in progress.

After graduating from the École nationale supérieure des beaux-arts de Lyon, Gaëlle Choisne participated in several residencies, including Astérides in Marseille, OPTICA and ART3 Valence, in Montreal, and La Cité internationale des arts in Paris. Her work has been shown in many international events: the Havana Biennial (2015); the Sharjah Biennial (2017); Biennale de Lyon (2019). Several individual exhibitions have been dedicated to her work: at the Centre d’art contemporain La Halle des Bouchers, Vienne, France (2015); at Galerie Untilthen, Paris (2018) and The Mistake Room, Los Angeles (2019).

With a work grounded in anthropology and multiple expeditions between France and his home country of Colombia, Daniel Otero Torres invites the spectator to rethink the image of a stranger, of otherness. His work oscillates between drawing, photography, collage, sculpture and installation, obscuring all boundaries and operating shifts from one medium to another, one culture to another, one continent to another.

Marie-Ann Yemsi is an independent curator and art consultant. In 2005, she founded her own Parisbased agency, Agent Créatif(s), which has developed a renowned expertise in cultural production and art consulting with a focus on emerging artists and artistic scenes in Africa and its Diaspora.

She has curated several international exhibitions, including African Odysseys, Brass Cultural Center, Brussels (2015), The Days that Comes, Galerie des Galeries, Paris (2017) and A Silent Lines, Lives Here, Palais de Tokyo, Paris (2018). She was the Artistic Director of Afrotopia, the 1th edition of the Rencontres de Bamako – African Biennale of Photography in Mali (2017–2018). She is the guest curator of the Palais de Tokyo for Ubuntu, a Lucid Dream, a collective exhibition which will be presented from June 18 to September 13, 2020.

Olivier Rachet has an agregation in modern French literature and a degree in cinema and audiovisual arts. He currently collaborates with various newspapers, magazines and journals (Diptyk, Art Press, The Art Newspaper, Les Cahiers de Tinbad…). He has written an essay entitled Sollers en peinture, Une contre-histoire de l’art et s’apprête à publier (Sollers in Painting, A Counter-History of Art) published by Tinbad, and is preparing Mes Arabes, Un chant d’amour postcolonial (My Arabs, A Postcolonial Love Song), which will be published by the same editor in September 2020. 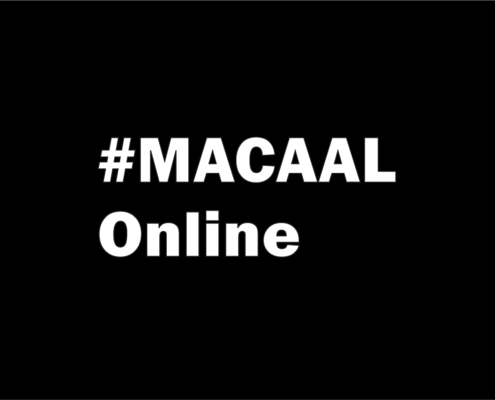 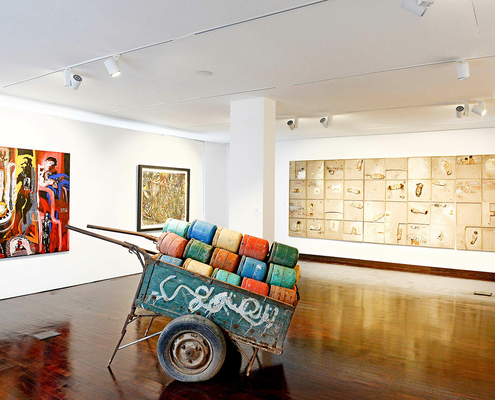 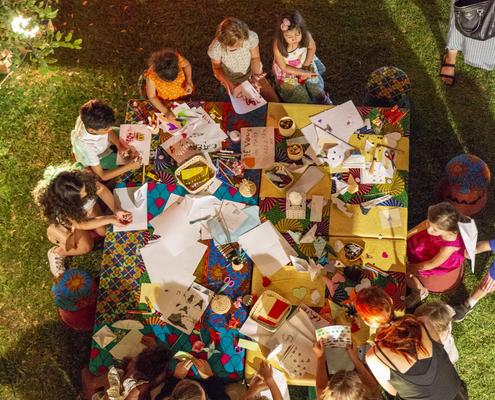 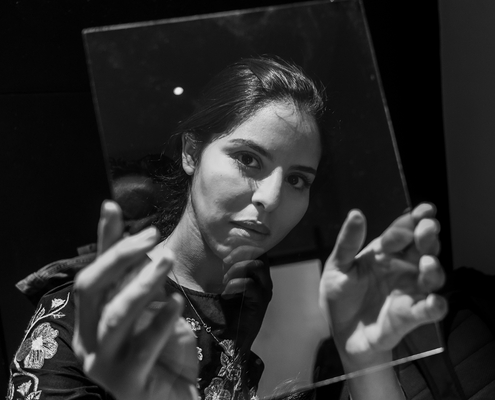